Food is among the most relevant attractions in the tourist offer. The International Gourmet Festival Puerto Vallarta, Nayarit and Tepic is a palpable example of the importance that gastronomy has for the area. With a one-year hiatus due to the pandemic, the event returned to celebrate its 26th edition. What began as an ambitious project led by Thierry Blouet and Heinz Retze, over two decades of life has established itself as a rich tradition.

In that distant nineteen hundred and ninety-five the festival had the participation of six hotels and six restaurants, this year 28 establishments and 29 chefs participated in an event that year after year adds a page to its success story.

The most prestigious restaurants hosted a command of 29 chefs from around the world who barricaded themselves in the kitchens with arsenals of recipes capable of conquering the epic culinary battle. From pots, pans and various utensils arose the surprising dishes. Delicacies that accompanied by excellent wines and delicious drinks were tasted in a long feast for the palates. For ten days the gastronomic spaces were filled with the most exquisite smells and flavors.

Cultures such as Spanish or Pakistani, based on a huge culinary legacy recreated by their chefs, confirmed the cosmopolitan character of this conclave. Mexican cuisine was worthily represented by true masters whose ancestral heritage in food preparation, coupled with their inventiveness, surprised locals and strangers.

Beyond the pleasant experience for the sense of taste, the festival included activities aimed at exchanging ideas and knowledge that added value to the Riviera restaurant industry. The talks and exhibitions offered by the guest chefs left future generations with valuable learning. Finding out about new technical trends and processes in the world of international cuisine will allow them to stay updated and prepared to join the productive force of the food industry.

The program also included the already accredited gourmet safaris that consist of visits to establishments located in different areas neighboring Puerto Vallarta. In addition to enjoying delicious dishes, you have the opportunity to get to know beautiful corners of the Riviera such as Punta Mita, among others.

Safaris refer to the idea of ​​adventure, where the unexpected remains latent at all times. In this case, the expectation consists on discovering how the spices, alluding to meat, fish, shellfish, herbs and seasonings, coexist in prodigious mixtures and combinations. The result is the emergence of innovative and succulent dishes that will remain in the taste memory forever. As a button shows: in the River Café restaurant, located on the banks of the Cuale River, chef Joseba K Encabo, from the Basque country, arrived to these lands to surprise diners with a red snapper in green sauce prepared with asparagus and clams , accompanied by a garnish of black rice. Expectations were once again exceeded as is always the case on these memorable gourmet safaris.

The gourmet festival shows an ambitious vision in the short, medium and long term. In twenty-six editions, half a million visitors have enjoyed this event. By itself, the figure confirms the convening power of the event and its benefits for the restaurant industry. During the time that the event lasted, the spotlight of world gastronomy was directed to this region. The image of the guest chefs and the venues that host them climb, year after year, steps in the competitive field of international cuisine.

But in a broader analysis, the benefits extend directly and indirectly to the entire production chain of the tourism industry such as accommodation, suppliers, employees, travel agencies and a long etcetera.

The habits, tastes and conditions of world tourism remain in constant change. Responding to the needs of the current market requires responsiveness and in this matter, innovation plays a determining role. The International Gourmet Festival Puerto Vallarta, Riviera Nayarit and Tepic, has become a delicious way to demonstrate the hospitable character of the region. On the way from the table to the heart, the most delicious experience occurs. Bon appétit, buon appetito, provechito !!!! 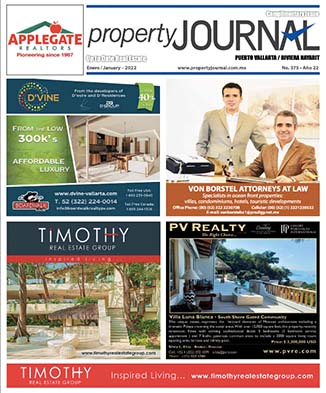